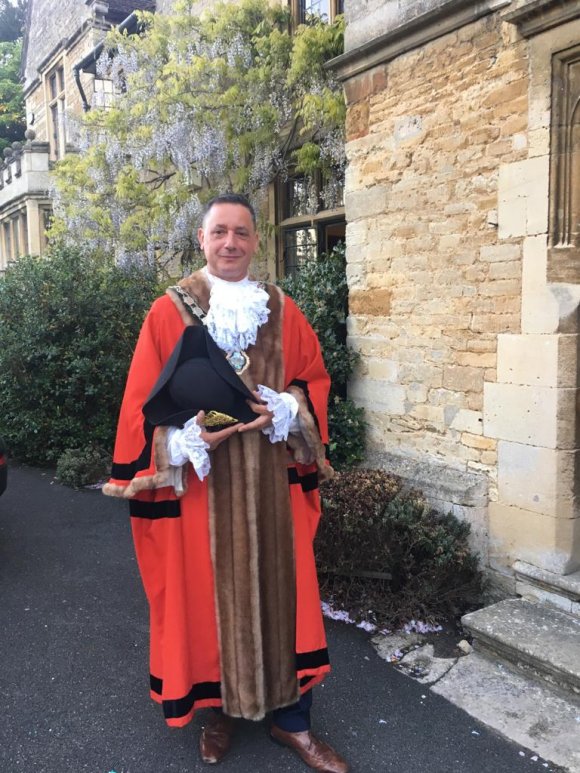 On the 14th May 2019 at the Annual General Meeting of Rushden Town Council, Cllr Cesare Marinaro was elected as Town Mayor for 2019 – 2020, and his wife, Mrs Sabina Marinaro, was named as Mayor's Consort.

A Message from the Mayor:

"This is a very special time for me. I feel very proud and honoured to become the Mayor of Rushden. After living in Rushden for 27 years, I am proud to call this town my home. I am excited to be a part of all of our town's events over the coming year. I will do my utmost to represent the town to the best of my ability. I thank all of the local Councillors for putting their trust in me to fulfill this role and ensure that we have a great year. Thank you very much and I look forward to meeting you all over the coming year".

If you would like to request the Mayor to attend an event, invitations should be sent to the Mayor's Secretary in the first instance at mayor@rushdentowncouncil.gov.uk