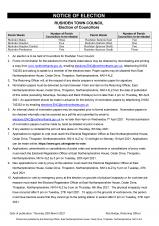 Elections are due to take place on 6th May 2021 for all seats on Rushden Town Council, North Northants Unitary Authority and the Police and Crime Commissioner.

All nomination forms have to be returned by 8th April... Read More » 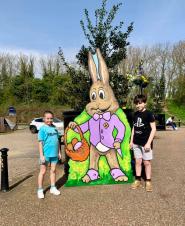 We have several Easter bunnies on the loose around Rushden and need help in locating them!

If you spot any of these mischievous rabbits, please take selfies with all 3 and email us with your photos to competitions@rushdentowncouncil.gov.uk

The first 10 entries to have captured all 3 bunnies will receive an Easter egg, awarded by Rushden's Town Mayor, Cllr Melanie Coleman. 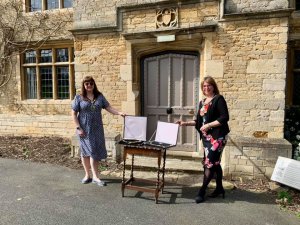 We have been informed that some residents have been visited by Census officers who are knocking on doors following up non-responders.

Census officers will always produce photo ID and will never ask to enter your property. You will never be asked to provide your National Insurance number, financial details or payment for a late penalty.

Sadly there will always be people who will use something like the... Read More » 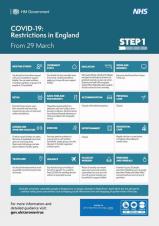 Coronavirus restrictions remain in place. Find out what you can and cannot do as of 29th March 2021:

(COVID-19) Coronavirus restrictions: what you can and cannot do - GOV.UK (www.gov.uk) 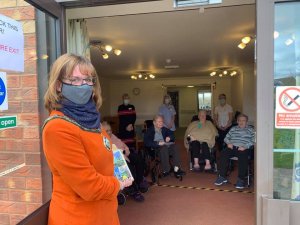 Yesterday, Town Mayor Cllr Melanie Coleman gave a socially distanced doorstep visit to Redclyffe Care Home and Rushden Park Nursing Home to hand-deliver Easter cards to residents and staff. The Easter cards captured some of the spring floral displays from around Rushden and a special message from the Mayor.

Rushden Town Council staff will be delivering the Mayor's Easter message to all care homes in... Read More » 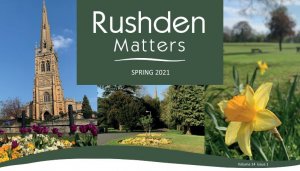 The Spring 2021 Edition of Rushden Matters has now gone out to Rushden homes in the post.

If you haven't received your paper copy in the post, please email michelle@rushdentowncouncil.gov.uk 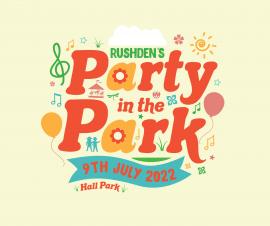 However, We have do a date for next year… Party in the Park is planned... Read More »

Spring has sprung in Rushden 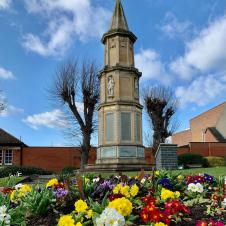 Spring has sprung in Rushden! We've had lots of lovely comments on how beautiful the floral displays are this spring. We've been out taking photos of the displays and have shared them with you on our Facebook page.See photos here: https://www.facebook.com/RushdenCouncil/posts/2938928329673192

Have your own gardens started to flourish? Well now's the perfect opportunity to start photographing your garden... Read More »