An update from Northamptonshire Police 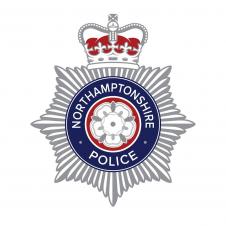 An update from Northamptonshire Police

We are pleased to share the following update from Northamptonshire Police regarding Operation Viper and the action that is being taken to tackle drug and gang related crime in your area:

Operation Viper is the Northamptonshire Police's operation to crack down on those involved in drug and gang related crime. It tackles the supply of Class A drugs in Northamptonshire, focusing on organised crime groups, gangs, local drug lines, and County Lines.

The use of intelligence-led tactics has recently led to the execution of over 70 warrants in Northamptonshire, Wolverhampton, Birmingham and London.

This has effectively dismantled a number of Organised Crime Groups.

Police and partners are working together to capitalise on this success through a range of prevention, enforcement and diversionary activities.

We are asking people to be alert to the grooming and exploitation of young and vulnerable people who may be drawn into gang activity, to be vigilant regarding drug dealing, money lending and emerging criminal trends – particularly in and around the town centre, and on the North Eastern district of Northampton.

Anyone can make reports anonymously through Crimestoppers on 0800 555 111 or online at https://crimestoppers-uk.org/…/forms/give-information-anony…
Alternatively, reports can also be made anonymously online via Fearless at https://www.fearless.org/en