PUBWATCH GETS BEHIND SNIFFER DOG CHECKING FOR DRUGS 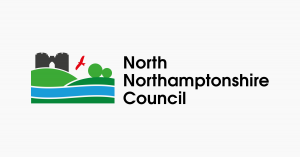 On 27 August, NNC licensing and Police officers were welcomed into 11 local premises in Rushden, Raunds, Thrapston, Islip, Irthlingborough and Higham Ferrers, with drug dog, Hulk and his handler, Marcus Hart from Alpha K9 Security. Rushden Town Council funded use of the sniffer dog whilst North Northamptonshire Council and Northamptonshire Police combined resources to carry out the activity.

"Neither drug nor knife misuse is a significant issue in the licensed premises of North Northants. However, one incident is one too many, which is why we're working with our partners and the local PubWatch members to tackle drug misuse and associated crime.

"The night-time economy is an important component of North Northamptonshire's economy and we fully intend to protect it and its patrons.

"Like the Police, we have zero-tolerance of illegal drug use and knife crime. We will therefore continue to work with all our partners, including the Police and the licensees (who fully supported this operation), to ensure people in North Northants can enjoy a safe night out."

"The objective of this operation is to deter and disrupt people supplying and using drugs and carrying offensive weapons.

"This was a very worthwhile and positive operation with searches resulting in the reduction of drug dealing and potentially violent behaviour. It sends out a clear warning to those thinking of selling drugs or carrying weapons in our local pubs – Hulk will sniff you out and we will take action."

"The work we do with licensees and the Police to help promote safer drinking and responsible behaviour is all about making sure everyone can have a good night out in North Northamptonshire.

"My thanks go to our partners for their support of this work and to Hulk who did a great job searching premises."