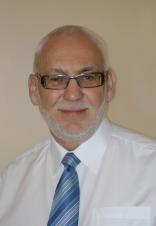 Councillors and staff were greatly saddened by the loss of Councillor Colin Wright who died on Saturday, 12th March 2022 following a period of illness.

Colin proudly represented Rushden as Town Mayor during 2004/05 he was highly respected throughout the town, where he was ward member for the Hayden Central ward.

Councillor Wright had also been a valued member of East Northamptonshire Council where he served as Chairman during 2017/2018.

As a mark of respect for this serving Councillor, Rushden Town Council will be flying the Union Flag at half mast at the Memorial Garden, Rushden.