Saturday 29th September 2018 was a day many people will remember with memories of a fantastic day to honour Rushden's Great War hero, Lieutenant Colonel The Reverend Bernard Vann VC, MC & Bar and Croix de Guerre avec Palme in the presence of his two Grandsons, eleven other descendants, dignitaries, members of the Mercian Regiment and the people of Rushden. We were blessed... Read More » 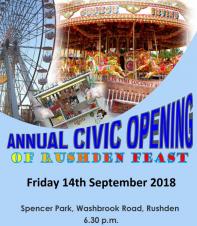 Come and join all the fun of the fair in Rushden. The Mayor of Rushden will officially open the Rushden Feast on Friday 14th September 2018.

Assembling at the Dodgem cars for 6.30pm, a short service will be conducted by Rev Ben Lewis, before the fair is officially opened. 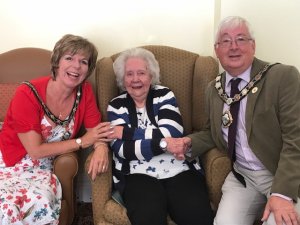 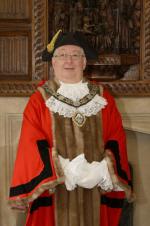 On the 15th May 2018 at the Annual General Meeting of Rushden Town Council, Cllr David Coleman was elected as Town Mayor for 2018 – 2019, and his wife, Cllr Mrs Melanie Coleman, was named as Mayor's Consort.

Please click here to read a Message from the Mayor... Read More »

Go to the Gallery for some pictures from the English Tourism event held at Rushden Lakes on Saturday 24 March 2018.

Rushden Town Council is seeking nominations for the Mayor's Awards for Services to the Community for the year 2017 - 2018. The Mayor's Award is given to an individual for their work and commitment within the community of Rushden over a number of years. (Group nominations will not be eligible for an award).

Please submit the name and address of nominees, together with details of the reason for their... Read More »