The Annual General Meeting and Mayor Making of Rushden Town Council was held on the evening of Tuesday 17th May 2022, and we are delighted to announce the election of the Town Mayor, for the Civic Year 2022 / 2023:-

On Tuesday the 27th September at Full Council the Deputy Mayor for the Civic Year 2022 / 2023 was elected as follows:

The Mayor would like to take this opportunity in wishing you all a happy, healthy and successful year ahead.

A Message from the Mayor, Cllr Adrian Winkle;

It is a great honour and privilege to be elected to the position of Mayor for my home town.

I look forward to working on your behalf in being an ambassador for Rushden, and represent you in all I can. I will to the best of my ability promote our town at every opportunity.

In this year it is my intention to hold events to raise money for my chosen charities, these being Children with Cancer, Rushden Mind and the R.N.L.I.

If you have a group or organisation you would like me to visit, or have a special occasion coming up, I would be only too pleased to attend if I am available. 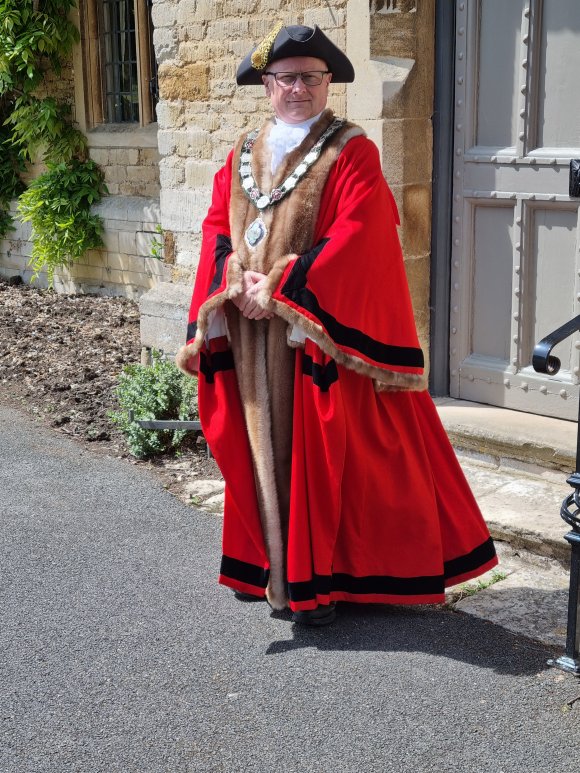 If you would like to request the Mayor's attendance to an event, invitations should be directed to the Mayor's Secretary in the first instance at mayor@rushdentowncouncil.gov.uk